About 20 residents attended the special FearringtonEdge program on Tuesday, February 4, which featured Mr. Tom Mullaney from Northwood High School.  Tom, the Digital Learning Facilitator at Northwood,  discussed Google apps and capabilities which are available at no charge to anyone with a Gmail account.  The same apps used by schools and universities throughout the world are accessible to all of us; with a little practice, we can explore the world from our armchairs, create our own digital maps and timelines, collaborate in real-time with friends around the globe and share our creations with our families or with the world.

Tom explained that, at Northwood, all students receive Google Chromebooks for their use during the school year.  Focusing on the “Four Cs” — Communication, Collaboration, Critical thinking, and Creativity — the curriculum helps Chatham County high school students to learn to exploit the tools and the research available through Internet connectivity.  Those same tools, such as MyMaps, Google Earth, Google Images, Google Expeditions, and Google Keep are available to all of us.

Use this hotlink to check the FearringtonEdge Program page for a link to some of Tom’s suggestions, coming soon and for all their other program details.
The Tech Tuesdays Series Program page can be accessed by using its own submenu tab on the NEWS menu.
Report on FearringtonEdge Tech Tuesdays Series Program on February 04th, 2020 Jon Darling 2020-02-05T17:08:50-05:00

A family health emergency led to the invention of a wristband that analyses your DNA to tell you which foods to buy to stay healthy and reduce your risk of diseases like diabetes.

During March, April, and May 2019, a small group of Fearrington residents participated in a Fearrington Cares Experienced Innovators project under the leadership of Lee Anne McClymont, Fellow for the U.S. Southeast Region of The Global Institute for Experienced Entrepreneurship. Lee Anne designed the experience to be part of an innovative beta project to “reconsider the lifeline of multigenerational workplaces and learning communities.”

During these three months, this group of Fearrington Experienced Innovators worked closely with four graduate students in the NCSU Master’s Degree program in Industrial Design to evaluate their semester-long original design projects during the critical development stages.

The students met four times with the group at Fearrington Cares and a subset of the group also visited the NCSU’s College of Industrial Design in Raleigh, where they met all the other graduate students in the Industrial design class, toured the several well-equipped design labs where students work-up models of their projects, and spent 90 minutes reviewing the students’ projects, which had incorporated many of the suggestions the students had received during the earlier sessions back in Fearrington and making further suggestions for final refinements.

Near the end of the semester, the students returned to Fearrington to demo their finished products and to express their sincere appreciation for the valued contributions made by these Experienced Innovators. Overall, this was an amazingly productive beta project.

Visit this site to read Lee Anne McClymont’s wonderful overview of the project design and its significance for “restoring balance to the generation-stratified workplace” and to see samples of the results of the projects developed by the students.

Lee Anne is currently working with Fearrington Cares to design and launch the next Experienced Innovators group expected to be underway during the current fall term at NCSU. Watch for the forthcoming details!

The slide show accompanying the August 07, 2019 FearringtonEdge presentation of “Preserving and Sharing Your Family’s History” is available here. Over 50 residents learned about proper techniques for protecting old documents, photos, and other materials. Durham County librarians with specialization in digitization and preservation techniques demonstrated best practices and explained how to scan and store materials online. The presentation also provided sources for preservation materials and for learning more about saving our family histories.

Presenters recommended reviewing the information, which is highly detailed, available from Preservation Self Assessment Program (PSAP). Follow this link (https://psap.library.illinois.edu/collection-id-guide) for information on preserving items ranging from 8mm tape to slides, negatives, daguerreotype, and, among others, sheep-leather bound books! The photo below (attached as sample photo) is a small excerpt from the types of documents reviewed by PSAP.

Other recommended sources include the National Archives web pages (https://www.archives.gov/preservation/storage) and Gaylord Archival (https://www.gaylord.com/c/Preservation) as one sources for purchasing archival materials. Open the program link for the full description of best practices and sources.

FearringtonEdge expects to follow up on this successful presentation, possibly with group online classes and/or scanning demonstrations. Email fearringtonconnect@gmail.com if you would like to be kept up to date on future plans for this and other FearringtonEdge projects.

As part of its effort to facilitate neighbor-to-neighbor technical information sharing, FearringtonEdge presented a Generators & Batteries program session on June 04. The session was designed for residents to speak to other residents who have installed backup power solutions. Over 30 Fearrington neighbors joined the conversation about cost, installation experiences, and maintenance of various emergency power devices ranging from whole house generators to a lightbulb that stays lit when the power goes out, Participants shared their plans for dealing with almost inevitable power outages during summer storms.

Our Next Program on Wednesday, August 07th

FearringtonEdge continues its focus on how technology can enrich our lives with an August 07th evening presentation by Durham County document preservation specialists about preserving, digitizing and online sharing of fragile but valued documents, photos, and books. (Please note that the flyer distributed at the backup power session referred to an incorrect date.) Residents who have items they would like to have evaluated for proper preservation should email fearringtonlink@gmail.com. Time restraints may limit the number of items specialists can review.

*Tom Foss is an experienced OLLI professor and Fearrington resident.

If you would like to share your technology successes with our community or have ideas for future programs, email us at FearringtonEdge@gmail.com.

FearringtonEdge is sponsored by Fearrington Cares.

To pause the scroll, hover over or click on an item. To start from the beginning, refresh the page. The best display is on a desktop or laptop (wider screens). On a tablet, rotate between vertical and horizontal display to find the ideal experience. Remember that different tablets have different screen sizes—the wider, the better viewing will be.

On a tablet or other small screen, if any frames holding news articles overlap, rotate the screen view and they should realign properly.

It’s Flu Season — Remember to Get Your Senior Flu Shot!  The cost is covered by Part B Medicare coverage. The season has gotten off to an early start especially in the South and the strain that is spreading fastest is a very serious one.  It’s still not too late to get vaccinated. Monitor the CDC (Centers for Disease Control) influenza website for up-to-date incidence and prevalence reports, symptoms, and warnings. This is a health issue to be taken seriously.

Please Donate Treasures! We’ll Help You Downsize!  Consider donating treasures you no longer need or use to the Fearrington Cares spring auction. Support a good cause and delight in the knowledge that someone else will treasure your treasures! Jewelry, paintings, pottery, collectibles, outdoor art, small furnishings, etc. are all items to consider donating; items must be in good condition. Call Nancy Wilson (919-542-3959) or Carol Kurtz (919-542-3582) to discuss and arrange pick-up. Collection will continue through March 01st. The auction itself will be in April and details will be announced later. This FUNdraiser is part of our Capital Campaign to help furnish an enlarged and improved Fearrington Cares Center. 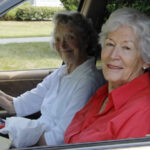 New Transportation Terms Beginning in 2020. Fearrington Cares volunteers will take villagers to the grocery store, the bank, an attorney or to a medical appointment. Our services are well utilized and the increasing number of requests is challenging our drivers many weeks of the year. Beginning in 2020, we have 2 important requests of those we assist: we ask that grocery shopping be completed in 90 minutes and going forward we can no longer provide either next day or same-day rides. Ride requests for medical appointments may be made as much as 2 weeks in advance; please call the Center with no less than 2 days’ notice to request transportation assistance from our volunteers.

A NEW SUPPORT GROUP: Living with Loss meets at 1:00 – 2:30 pm on Thursdays, February 13 and 27, 2020 in the Fearrington Cares Center. This new Support Group is open to people who are dealing with the loss of a spouse, parent, child, or friend and will meet twice a month. Led by Fearrington residents John and Judyth Branson (John a minister and Judyth a psychotherapist), this will be a confidential group where it feels safe to talk about the feelings of loss. Call Judyth (203-451-0383) or Karen (919-542-6877) if you have questions.

See the FearringtonEdge TECH TUESDAYS Series new dedicated content page, which displays recent and upcoming program information, including (when available) the presentation files associated with each program in the series. Following all programs, visit that page to see and download the associated program file(s). The next program will be on April 07, 2020. See their dedicated page for details.

Duke Energy encourages everyone to have a plan should another severe storm cause extended power outages. You can sign up for outage alerts by texting REG to 57801 or enroll online.

Chatham Public Library FREE Computer Classes for MARCH & APRIL 2020.  Learn a new skill at Chatham Community Library! The library is offering a series of free computer classes in March and April. A description of each class, including topics covered and prerequisites for attending, can be found by clicking on the class name below.

Drop-In Computer Assistance sessions (March 11 and April 8) do not require registration. For all other classes, space is limited and you must register in advance if you wish to attend. Click here to register online. For more information, call 919-545-8086 or email reference@chathamlibraries.org. All classes take place in the computer lab at Chatham Community Library, 197 NC Hwy 87 Nin Pittsboro, on the campus of Central Carolina Community College. Sign up to receive automatic email notifications when a new class is added. (Be sure to select Library Adult Events.)